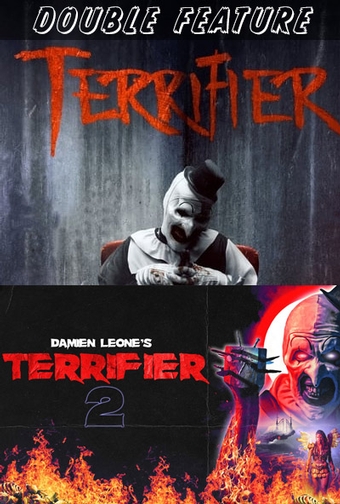 Double Feature and a Q & A with cast and crew to be hosted by Kevin Smith.

Terrifier:
On Halloween night, Tara Heyes finds herself as the obsession of a sadistic murderer known as Art the Clown.

Terrifier 2:
After being resurrected by a sinister entity, Art the Clown returns to Miles County where he must hunt down and destroy a teenage girl and her younger brother on Halloween night. As the body count rises, the siblings fight to stay alive while uncovering the true nature of Art's evil intent.